Run for the Village has the mission of bringing together a community to support the ministry of Eden Children's Village. The first annual Run for the Village 5K walk and run took place on July 25, 2009. Thanks to the combined efforts of many businesses and individuals, this race has now raised nearly $60,000 for Eden Children's Village in Doma, Zimbabwe.

Eden Children's Village serves children at risk in the Makonde District of Mashonaland West. It was founded in 2000 by Kevin and Susan Fry, who are originally from Goshen, Indiana. This ministry was formed and is kept running by partnership between Christians in Zimbabwe and the United States. The village exists to serve AIDS orphans by providing spiritual, physical, emotional, medical, and educational support in a Christian family setting. Eden Ministries also provides a free medical clinic to people in the area as well as a school, Eden Christian Academy, which was formed in 2005. To learn more about Eden, the ministry taking place there, or ways you can get involved, visit, www.eden-ministries.org.

Interested in becoming an official sponsor of this year's race? 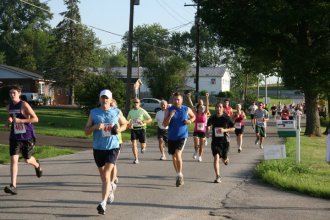 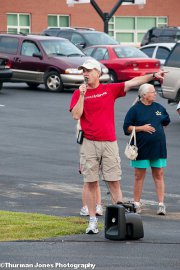 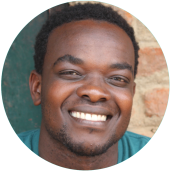 Evangelist and Church Planter After coming to Eden at 11 years old, Anyway excelled in his education at Secondary and University levels and has returned to Zimbabwe to share the hope of Jesus that has transformed his life. Anyway graduated with his Bachelor’s and Master’s Degrees in 2014 and 2017 respectively from Johnson University. Upon completion of his 2 years of service to the youth of Eden in 2017, Anyway embarked on a full-time church planting mission. Through his ministry, the Lord has planted four churches in the Doma area, with the latest one having been planted in June, 2022. Anyway has the unmistakable heartbeat of one touched by the love of God in Christ! His soul yearns to see other lost sheep find the life, freedom and purpose of knowing the Savior. Anyway is married to his university sweetheart, Maegan and together they have two kids, Ruvheneko and Judah. Their family is currently living in Mhangura, Zimbabwe and are hoping to relocate to Karoi in the near future, where they purchased land for a Church planting school. 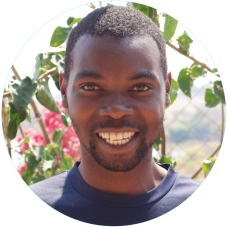 Simon came to Eden with his brother, Anyway, at 14 years old. Simon had lost several years of school while living with his grandmother, but applied himself and excelled in education finishing his “O” Levels and received a diploma in Ministry, a diploma in Theology and a degree in Secondary Education. Simon is a preacher in the local church in his home town of Karoi and is married with one child. Simon has overcome the circumstances that could have destroyed him and is flourishing. 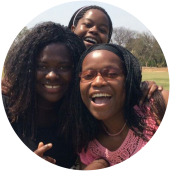 Excelling to Professionalism and Ministry

Pauline came to Eden as a very small girl. She’s overcome the adverse circumstances in which her life began and is studying to become and Actuarial Accountant, having succeeded at all levels of Secondary Education. Pauline also has a profound and unyielding call upon her heart to share the Good News of Jesus with lost souls. She plans to use Actuarial Accounting as tent-making for ministry in Jesus’ name. We are so proud of Pauline and the mature young woman that she has become.